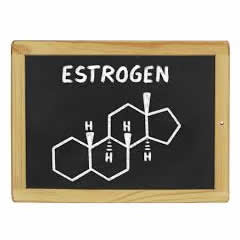 When I started in entertainment, I didn’t realize that women in the industry were often treated with far less respect than men. I’d attended an all-girls Catholic high school where speaking your mind was not only encouraged, it was expected. I then went to Yale University, where being a woman was a victory. We’d broken through the Yale blue wall and we were there to stay. I naively expected Hollywood to be the same.

Then I got my first entertainment job as an assistant production coordinator on a movie with a female director. I often heard her referred to as a neurotic bitch who wasn’t as efficient or organized as male directors. This woman seemed to be getting a raw deal but part of me wondered whether what I heard was true. After all, the entertainment industry rules about women’s abilities versus men’s couldn’t be that far off from my previous experiences, could they? Then one day, I took a call from an actor whose driver was late picking him up. I tried to help him get the driver there more quickly but after we realized that was impossible, the actor called me a stupid bitch and said that clearly my female brain had addled my ability to handle a simple problem a man could’ve solved in two minutes. Instead of telling the actor he couldn’t speak to me that way, I took the abuse. I thought I had to in order to keep my job. And I was devastated to realize that I’d judged that female director just as this actor had judged me. My wonderful, male UPM told me, “I don’t care who anyone is in this industry or what they think of women. Never take that kind of disrespect.”
I am forever grateful to that UPM for teaching me early on that poor treatment of any kind, including that based on gender, is unacceptable. I’ve thought long and hard since that day about what it is to be a woman in this industry and what I need to hold on to personally in order to keep my self-respect and identity. There are all sorts of male/female differences that I could focus on here to point out how being a woman has worked to my advantage in entertainment. But what I’ve discovered has worked to my advantage most as a woman in this industry is this: I must think outside the box because I am outside the box. Women have moved many miles forward during the past decades. However, we have many, many more miles to go before we are treated as equals.

So when I approach a tricky situation as an assistant director or director, or I approach a difficult scene or set of notes as a writer, I draw on my experiences as a woman, a mother, a sister, a daughter and a wife. When I’ve had to negotiate a difficult actor out of his or her trailer, I’ve focused how I’d deal with my children, my friends, my family, as opposed to thinking about being the alpha dog or thinking about how a man would do it. When I’ve explored nuances in a delicate scene either as a director or a writer, I’ve drawn on my experiences as a woman and thought about how to convey that scene in a way I’ve never seen before. I push myself to see beyond the conventional not just because I am a woman but also because I know that pushing beyond convention leads to unique, exciting results that I want to explore and push farther.

My desire to push male boundaries has enabled me to develop a world view that only I can bring to the table. And because I’m a woman, I know that I have to work that much harder to make my voice heard within this industry, to make sure that every story I tell, every film I direct, is told in a way that only I can tell it. Should everyone push beyond boundaries? Of course. But as a woman, I know I have to do it that much better to rise above the male fray. Female voices are important in all walks of life, but especially in the entertainment arena, where society turns to dream, to feel, to step outside of their lives to have experiences they never could otherwise. Realizing that I can do this as no man can is an incredible advantage, and I mean to make the most of it.