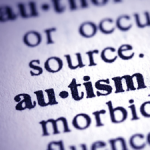 Autism is a developmental disorder that appears in the first 3 years of life, and affects the brain’s normal development of social and communication skills. Most signs or characteristics of Autism are evident in the areas of speech or communication (verbal and non-verbal). Research indicates that the cause of Autism is likely biological, but this may not be the only cause.

Autism is a physical condition linked to abnormal biology and chemistry in the brain. The exact causes of these abnormalities remain unknown, but this is a very active area of research. There are probably a combination of factors that lead to autism.

Genetic factors seem to be important. For example, identical twins are much more likely than fraternal twins or siblings to both have autism. Similarly, language abnormalities are more common in relatives of autistic children. Chromosomal abnormalities and other nervous system (neurological) problems are also more common in families with autism.

How many children have autism?

The exact number of children with autism is not known. A report released by the U.S. Centers for Disease Control and Prevention (CDC) suggests that autism and related disorders are more common than previously thought. It is unclear whether this is due to an increasing rate of the illness or an increased ability to diagnose the illness.

Autism affects boys 3 – 4 times more often than girls. Family income, education, and lifestyle do not seem to affect the risk of autism. 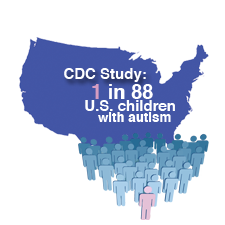 The Centers for Disease Control and Prevention estimates that 1 in 88 children in the United States has been identified as having an autism spectrum disorder (ASD), according to a new study released today that looked at data from 14 communities.  Autism spectrum disorders are almost five times more common among boys than girls – with 1 in 54 boys identified.

The number of children identified with ASDs ranged from 1 in 210 children in Alabama to 1 in 47 children in Utah.  The largest increases were among Hispanic and black children.

Some doctors believe the increased incidence in autism is due to newer definitions of autism. The term “autism” now includes a wider spectrum of children. For example, a child who is diagnosed with high-functioning autism today may have been thought to simply be odd or strange 30 years ago. 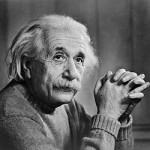 Journalists, academics and autism professionals have speculated that certain famous or notable historical people had autism or other autism spectrum disorders such as Asperger syndrome. Such speculation is controversial and little of it is undisputed.

For example, several autism researchers speculate that Wolfgang Amadeus had autism or other conditions; while other researchers say there is not sufficient evidence to draw such conclusions. Other notable historical figures suspected to be autistic in some manner, include: Hans Christian Anderson, Lewis Carroll, Charles 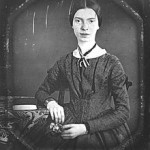 Speculative claims that historical figures displayed behaviors associated with autism spectrum disorders include people who died before the work done by Hans Asperger and Leo Kanner in classifying autism spectrum conditions was completed. Autism has only been recognized since the 1940s, so many earlier cases may have gone undiagnosed.

Speculation about their diagnoses is based on reported behaviors rather than any clinical observation of the individual. Fred Volkmar, a psychiatrist and autism expert and director of the Yale Child Study Center says, “There is unfortunately a sort of cottage industry of finding that everyone has Aspergers. 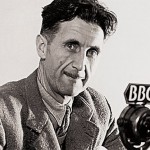 Michael Fitzgerald, of the Department of Child Psychiatry at Trinity College, Dublin, has speculated about historical figures with autism in numerous journal papers and at least three books: The Genesis of Artistic Creativity: Asperger’s Syndrome and the Arts, Unstoppable Brilliance: Irish Geniuses and Asperger’s Syndrome and Autism and Creativity, Is there a link between autism in men and exceptional ability?