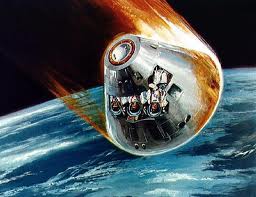 Those are words I dreamed of hearing, couldn’t wait to hear, when I first found out I got into the AFI Directing Workshop for Women.  Those are words I yelled not once but five times during the SIX LETTER WORD shoot, the last time being late last Saturday night, after my wonderful cast and crew had worked their asses off for the last full day of shooting, punctuating it by refusing to strike dolly track for the last shot of the shoot, a shot the AD, DP and I thought we’d have to shoot on sticks because a dolly shot would take too long.  Yet when I got to the spot for that last shot, the dolly track was ready and waiting.  It didn’t have to be.  It would’ve made for a shorter night after a long shoot.  But I had a crew of amazing, dedicated people and they decided, without telling me, the AD and the DP, that we were going to get that last shot of the night the way we planned it.  I’d known the whole shoot just how lucky I was to be working with this crew, but I knew it best when I saw that dolly track.

But now it’s for reentry, time to resume my “real” life with my family.  I still have to edit SIX LETTER WORD, but editing won’t intrude on my day-to-day life in the way that pre-production and production inevitably do.  I’m now faced with two children and a husband who fully expect me to jump right back in where I left off (which I’m eager to do) and, in many ways, jump back in ten times as hard as I normally would to make up for lost time (again, something I’m eager to do).  But it’s already been tough, because I’m exhausted, irritable and going through production withdrawal.  What I missed the most during this whole pre-production and shooting process (including the AFI DWW Workshop portion), was spending time with my family.  I couldn’t wait to see them, hang out, do silly stuff, yet now that we have that time, the ways in which we all drive each other crazy have blindsided me like a freight train.

After reading an article in The Atlantic entitled, “Why Women Still Can’t Have It All”, I realized why reentry has been so tough.  While I read this article, quite honestly, I wept.  What I have felt most stingingly during the past few months is that the “women can have it all” theory – the one that says if I have passion, drive, and the right man, I can have both a fulfilling career and harmonious family life – is bullshit, pure and simple.

I won’t rehash the article, especially since I suspect many of you have read it.  I’ll just start by saying that in order to make this film, I’ve had to ignore my family quite a bit of the time and hope they’ll forgive me.  I’ve had to ask my sister and husband to take up an enormous amount of slack and hope I can make it up to them.  I’ve had to tell my children repeatedly that I can’t schedule playdates, be there for bedtime or solve a family fight simply because I CAN’T DO IT ALL.  I can’t make my career and my family life perfect.  I can barely make all the moving parts work.  I want to.  I was brought up in a society that trained me to believe I should be able to and I’m a failure if I don’t.

But I’m here to tell you, doing it all, having it all, is impossible.  Something’s got to give.  At times that something is my kids, my marriage, my friendships or just plain old me.  I have yet to find that mysterious balance I keep hearing about in the media, that balance that Anne-Marie Slaughter, the author of the “Why Women Can’t Have It All” article, frankly says is impossible.  I won’t choose between having a career and a family, since my family’s not going anywhere and I’m definitely directing again.  But as to how I’m going to make myself and my family happy, making sure they’re on track, calm and fulfilled while not shortchanging my own needs and my career, remains to be seen.

It’s not as simple as hiring a nanny.  For one thing, financially, that’s not gonna happen.  For another, I’ll be damned if someone else raises my kids.  But I am going to have to reshape what I think having it all is.  In a few years, my boys will have full lives of their own and won’t need me as much, though I hope they will always turn to me in times of trouble and happiness.  I need to cultivate such trust and closeness now, while they still naturally turn to me with their problems and triumphs.  But I also have to remember that in a few years, when they don’t need me as much, I do not want to contemplate my empty nest and think, “Shit, what now?”

So I’m slogging through reentry, dealing with days of non-stop tantruming (on all of our parts) as my family and I get reacquainted and try to navigate and adjust to what will most definitely be a different present and future than we once expected as I pursue this new career path.  I’m not quite sure how to make it work.  All I can do is take a leap of faith and trust that the determination (some might call it doggedness) that has always marked my nature will help carry us through to the other side, to some semblance of balance that may not resemble what I was taught I should achieve – that myth of “having it all” –  but does enable me and my family to meet our needs as best we can and remain a unit that supports one another through tough and happy times.  Because really, at the end of the day, that’s the most any of us can hope for.