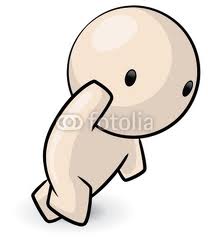 When I was my boys’ age, naked was a matter-of-fact word.  You got naked to take baths, you got naked to change your clothes.  And it was a titillating word.  People got naked and you saw private parts of their body, parts you weren’t necessarily supposed to see (how very American of us).

When I became a teen, the intrigue of the word naked grew.  It meant skinny dipping, sexuality, body image and eventually, sex.  In my twenties, it mean proof of how physically fit I was, a reflection of my external strength.

In my thirties, when I got pregnant with both of my boys, the word naked embodied how much I physically changed inside and out.  Not only was I expanding on the outside, I had another naked life growing on my inside.  Once the boys were born, naked became naked babies in need of my protection, first unable to move, then crawling, then running, beautiful in their innocent nakedness.

It is only in my forties that naked has become more of an internal state of mind as opposed to a physical state of being.  The changes in my life – the death of loved ones, unexpected cancer, autism – have all made me reassess who I am and who I want to be as I move toward the latter chapters of my life.  I’ve made big changes.  I’ve changed how I relate to my children, my family, my friends.  I’ve tried to be more present, more spontaneous, more loving.  I’ve tried to simply be more human by being more emotionally naked with my internal circle of friends and family.

Now that I’ve made yet another change in my life and become a director, I’ve realized that I must again expand my vision of naked.  I must now be more naked, more vulnerable, more willing to expose the raw emotions that I feel, to a much wider circle of people – one that includes acquaintances, strangers, organizations – the list goes on and on.  Talk about scary.

When I first started the AFI Directing Workshop for Women program, I told my husband that I was starting to get an inkling what novelists, actors, painters, sculptors and yes, directors, feel when they put their work out there for all the world to see.  It’s the ultimate form of nakedness, a way in which to expose your internal self to the world, with all your flaws, foibles and strengths.  As a screenwriter, I realized I’d done this on a much smaller scale, since most screenplays never see the light of day.  I’ve had a screenplay produced and so had some idea of what that kind of nakedness felt like, but because filmmaking is so collaborative, screenplays become a blueprint once the films go into production, so the finished film becomes a form of group nakedness that I felt more protected within than I do now as a writer and director.  A director is ultimately responsible for the what goes up on that screen, for telling the story that’s within the screenplay and getting it right.

The responsibility of being a director looms over me even more than it would were I directing someone else’s screenplay because my AFI project is very personal.  My main character may not be me but so many of that character’s intimate moments, her discoveries, worries and pain, are all drawn from my internal, vulnerable, naked self.  In a way, this form of naked feels like the titillating version of naked from my childhood – one in which you expose parts of you other people aren’t necessarily supposed to see.  Sometimes I worry the project won’t be good enough, that people will reject it, ignore it, think it inferior.  But at some point I’ve realized I must let go of these fears because this naked, this exposure of the internal, vulnerable parts of me, are necessary in order to create something real, human and relatable.  I can’t do that with fear in my back pocket.  While this naked is far more difficult than skinny dipping at the Jersey Shore, it’s the only kind of naked that will enable me to move on to the next phase of my life, one in which I grow, change and mature into the career I want to and am meant to pursue.

Naked isn’t just physical anymore.  Not for me.